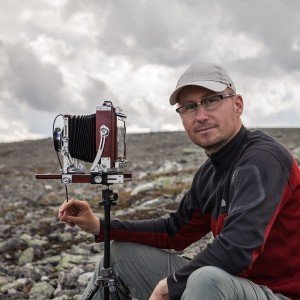 “To fight with the elements of nature, to live in them and to suffer, this is often the best way to create an impressive image.” – 2008

Since the early nineties Alexander Blumenau devoted himself to photography – to capture special moods and impressions, to preserve, and hence make them permanently available to others. Thereby his main focus lies on nature’s beauty and architecture, often depicted as iconic landscapes – but sometimes also drifting into the abstract, even alienating conceptual. His photographic subjects are found in various parts of the world, ranging from the Guatemalan jungle, from metropolises and cities, to the tundra and the impressive mountains of the far North.

Born in 1972 in Westfalia in Germany, in later years his scientific work as a physicist lead him abroad on many occasions, in particular to Great Britain and Scandinavia. Hence since 1999, for half a decade, Southern England becomes his second home. This period on the British Isles, with their rugged coastline, their moors and quickly changing weather, has a major influence on his photographic evolution and his style. Since 2013 he presents part of his Scandinavian photo work in the audio-visual live show „Sápmi – Swedish Lapland“ in various German cities.